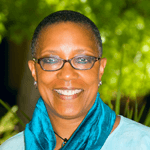 I trained as a group facilitator with SEED in 1994 in New Jersey SEED, after working with Emily Style as a parent facilitator for a conflict resolution program. The first SEED group I co-facilitated was a community group designed to support the faculty SEED groups in the South Orange/Maplewood, NJ school district.

Since then I have co-facilitated groups of teachers and professional development colleagues in year-long diversity seminars in Chicago and Oak Park, Illinois. In addition, I have helped train diversity facilitators (teachers as well as high school students and parents) to lead their own year-long seminars since 1999 (with the Minnesota Inclusiveness Project) and since 2008 in California as part of the National SEED staff. Currently I co-facilitate a group of New York-area based SEED-trained facilitators who lead their own school-based groups, and work on content development for the growing National SEED Project website.

Throughout my career, I have worked in public education reform and adult education in New York City, Newark, NJ, and Chicago, Il. I have a B.A. in English and graduate work in Communications from Queens College (CUNY), with a focus on small group communication.