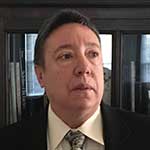 In November of 1969 my father died. I was six. From that moment until March 4, 2013, I wondered how I would survive if my mother were to die. Those years were filled with anger, angst and worry. Mostly anger. There was love too I guess but I could barely access it through my rage.

In July 2013, 4 months after my mother’s death, I attended SEED New Leader Week with a colleague. My school district had a long relationship with SEED through Co-directors Gail Cruise-Roberson and Emily Style and I had been a faculty participant in the early 90s. I was not unfamiliar with the organization but I had no idea what I was about to experience.

Still numb from my mother’s not unexpected, but sudden passing, and healing from a life-changing surgery in 2012, I was learning to love my new body while mourning the loss of hers.

I found at SEED, listeners. Staff and participants who really listened to my stories. They affirmed my anger and in doing so, soothed it. I heard others’ stories that mirrored mine in so many ways and also opened windows for me to see. I knew I was doing good work as a teacher but it is a frustrating and oftentimes thankless job that is gendered and policed in deeply damaging ways. When I expressed this sentiment over and over again, I was not silenced, but heard. It was being heard that quietly pushed my 43 years of anger to the side.

SEED was a jumping off point for me. My life has been forever altered in emotional, physical and academic paths. I have made major decisions that have included furthering medical treatments and pursuing a graduate degree, decisions which I had put off for so many years because I struggled with my mere existence. I made life-long friends that summer and I am honored to work with SEED and eager to learn from all with whom I come in contact.